Barry qualified in 2008 and has been with the firm since 2011. He arrived with a wealth of experience in employment law, especially having worked in-house for major legal expenses insurance provider, DAS. There, he provided employment law advice across the whole spectrum of employment law issues to commercial and individual clients.

He puts his wide range of experience to good use providing commercial advice, day to day, on all employment issues including discrimination, unfair dismissal, breach of contract, TUPE, whistleblowing and redundancy. He also advises on drafting contracts, policies and procedures.

Barry is an experienced advocate in the Employment Tribunal and indeed Beverley offered him a job on the spot after he had been her opponent on a case in Manchester in 2010. Little did she know at the time that he had actually won the case, although she says this simply reinforced her decision!

Chambers guide 2022 says 'Barry Ross is very polished, easy to deal with and very personable' and Legal 500 says: ‘I mainly deal with Barry Ross who is an absolute stand-out star in my opinion. Barry is superb in terms of his knowledge of Employment Law; but what differentiates him (and the rest of the team), is the fact that he is extremely commercial and understands the tensions between clients, their duty of care to their colleagues but also their requirements. Barry Ross is calm and measured in his advice, and instils confidence in clients.'

Barry was promoted to Director on 1 September 2017.

Away from work Barry is a keen golfer with a handicap of 4, he enjoys raising money for his favourite charities; Free Kicks Foundation and Kidney Research UK. He is also an avid football fan and can often be found on the terraces of London Road watching his favourite team Peterborough United. 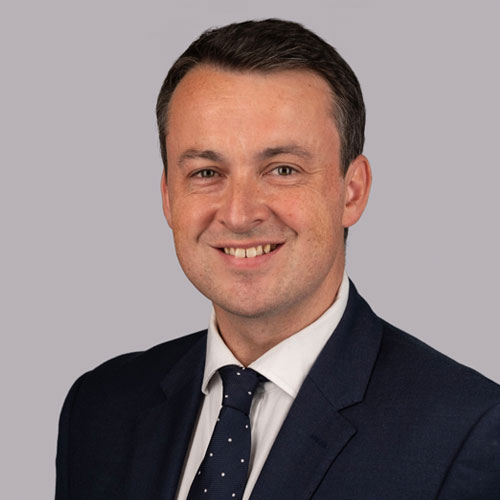 The UK’s inflation rate in April 2022, as measured by the Consumer Price Index (CPI), was...
Read more

COVID-19: dismissal for refusal to return to work

An employee dismissed for leaving work and refusing to return because of COVID-19-related concerns...
Read more

Following the relaxation of COVID-19 restrictions, the Information Commissioner (ICO) has reminded...
Read more
Your choice regarding cookies on this site

Some cookies are essential, whilst others help us improve your experience by providing insights into how the site is being used. The technology to maintain this privacy management relies on cookie identifiers. Removing or resetting your browser cookies will reset these preferences.